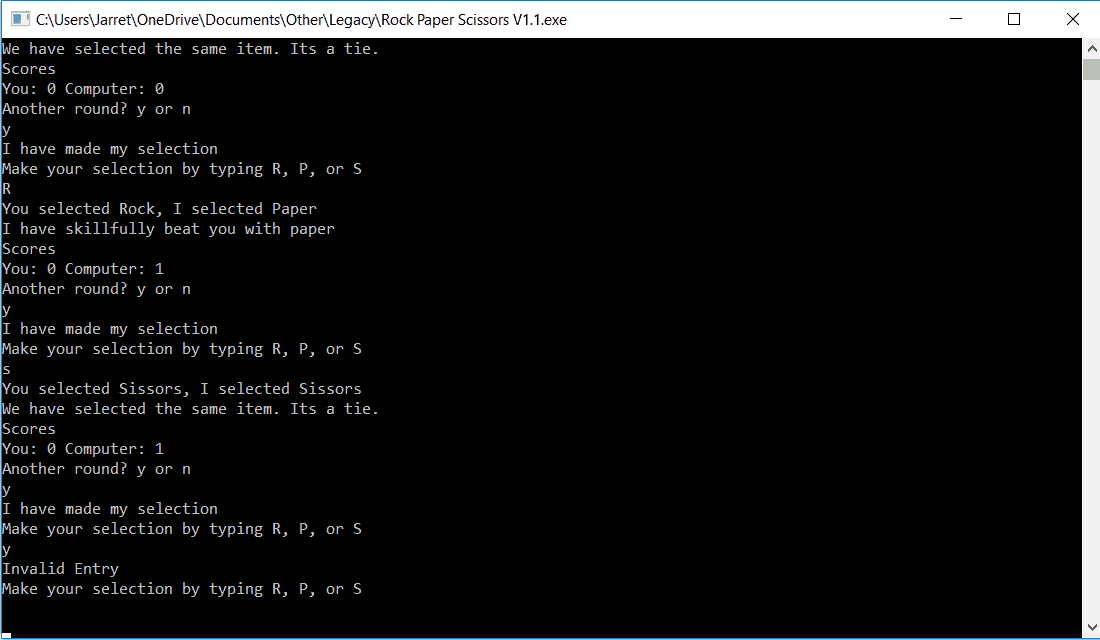 One day at school one of my friends showed me a .bat file he made, where you could play rock paper scissors against a computer (random number generator). I liked the concept so much that I decided to make my own C++ version which would be more advanced than his initial program. I was able to make my software keep score, determine the winner and even insult you whether you won or lost. My friend was very impressed and somewhat mad that I had stolen his concept.

When I first made this available for download you had to actually run it in Microsoft’s Visual Studio. I’ve since modified it so that its a proper .exe (which triggers a warning on windows, you can safely dismiss it), which means no other downloads are necessary to run the program.

I never made a video on this due to the lackluster response the Papers Please project received on YouTube.